Go to Home Page
Biography Childhood
I was born on September 6, 1951 in the village Martinpur, Sheikhupura. There was no proper hospital in our area. At the time of my birth my mother has to bear difficulty to travel to the city. My father was an ordained Pastor, after a couple of years he left pastoral ministry and got a job as an accountant. Then he constructed a house in the city of Lahore, Punjab, Pakistan , so that his children can get better education.

Education
I was brought up and educated in Lahore. After doing Matriculation in Govt. Pilot High School, Wahdat Colony, I got admission in Forman Christian College in F.Sc. Pre-Engineering. After completing my studies in F.C.C I moved on to Punjab University for B.Sc. and M.Sc. in Physics. Then went to Winnipeg, Canada for further studies. Where I learned Municipal Engineering Technology from Red River College;language course from University of Winnipeg;updated Physics from University of Manitoba; Theology courses from St. John's College; Web Site Development Certificate from Red River College.

Teaching Career
I started my teaching career from Forman Christian College , Lahore. After getting selected by 'Punjab Public Service Commission' moved to Chakwal College as lecturer in Physics and served for 5 years. Then for 8 years served Jalalpur Jattan College (Gujrat). From there went to Shakar Garh College for 5 years. After that went to Winnipeg (Canada) for further studies and stay over there for 4 years. Returning from Canada joined Gujar Khan College and served there for 8 years. Then for a short period of one year served in Kasur College . Then came back to Forman Christian College, Lahore and served there for 3 years. In all these Colleges I taught theory and practicals in physics to F.Sc. and B.Sc. (also taught Chemistry for a while in one of the Colleges). I served with full dedication in all these institutions. In Chakwal students learned photography. In Jalalpur Jattan students learned and made electronic stuff (radio). In Shakargarh students learned electrical repair and winding. I initiated and taught computer classes in Gujar Khan. For more than 30 years of experience I taught more than 3000 students , in addition to few thousands more as my Physics Practical Notebook students along with some online contact students. For my pathetic side look also page-37(click) of my book Great Scientists.

Distinctions
* Served for 30 years as a lecturer in Physics in different institutions.
* Did pioneer work in all the institutions in which I served:
i) to establish ethical values among students.
ii) and some innovations in Physics labs.
* Introduced CD/DVD to help especially for Physics lab. experiments.
* Written books on various topics especially in Physics.
* Never taught private tuition [against a routine practice in Pakistani culture]
* Guided students for regular teacher dependent and self-study. [which is not there]
* And definitely a complimentary tea club in all the institutions which I served.

Present Livelihood
After retirement constructed a new house jointly with my two brothers, Russell and Ralph, in West Wood Colony, Thokar Niaz Baig Lahore. Now a days I am in Canada and in Winter time spend couple of months in Pakistan. During College service, I had communication only in the class room but now class-room walls have broken down and heading towards communication with world at large through the media, such as, internet. 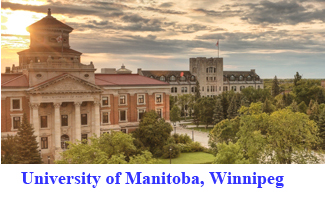 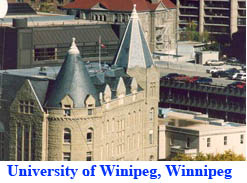 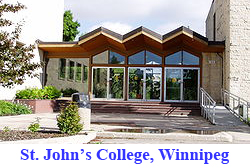